Once we have a failing test, how do we get to green quickly? If we can get away with faking it, we do that. It is sometimes the simplest way to get the test to pass, and to remind us to write the next test case. 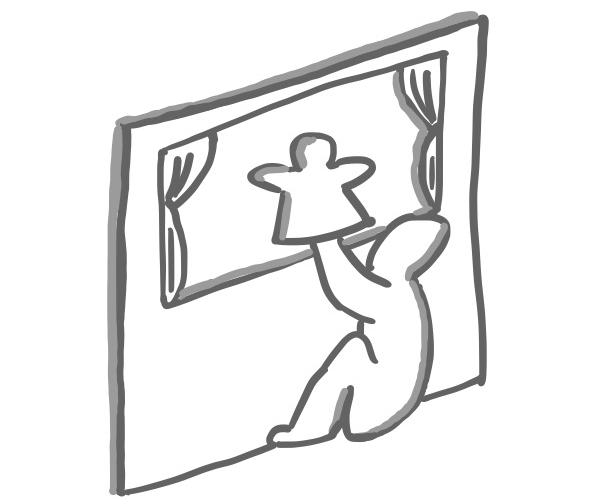 Making a test pass by faking or cheating, for example by returning the expected value as a constant, is an example of acting dumb in implementation. In TDD cheating is allowed, we even recommend it! If you can get away with faking, it means you need another test case to force yourself to write a more generic implementation.

Faking might feel weird at the beginning, but it helps to proceed towards your goal in baby steps. You will make progress continuously.

When we fake, we do it with simple code - no ifs, no boolean flags. We’ve learned that if we try to fake with flags or ifs, we’ll code ourselves into a corner.

Let’s take another look at the Comma Separated Values (CSV) conversion code we looked at in the 0, 1, N post. We were test driving the conversion from aggregated survey results (represented by Rollup domain object) to CSV.

We wrote a test for a survey with a single question, which should result in a single line in the CSV (after the header line):

We can implement this by cheating: we just return the literal string that we are asserting.

This is perfectly fine, as there is no test that asks for anything else. Because faking like this feels awkward, it urges us to do something about it.

There are two other techniques to resolve this that we use often use:

We will explain these later in this series on Test Driven Development.

Because faking helps to keep the code simple, it enables us to work at a higher pace - more faster test-fail-code-refactor cycles.

Struggling with that awkward feeling? A different way of looking at faking and cheating is that we initially provide a very specific implementation, which we generalize later on. The fake is correct behaviour, but correct for a very limited scope only. It is too specific, but good enough as a baby step towards our goal.

In Test Driven Development, By Example, Kent Beck introduced the Fake It (‘Til You Make It) pattern.

We have made extensive use of The Simplest Thing That Could Possibly Work in Act dumb in implementation.

Faking makes more sense when you practice it. Join us for a Test Driven Development course in the fall.