A couple of days ago, Jamie Dobson and Simon Wardley did a back to back presentation on Cargo Cults and mapping DevOps and serverless. Great athmosphere in the virtual room. My son made a cameo apperance near the end. One can’t grow strategists young enough.

This is a rich vein, it triggers a lot. So in the spirit of glorious Dirt Roads, I’m going to limit myself to writing the things that resonated with me, amended with a few connections it triggered.

Jamie prepared the presentation with a blog post about Cloud native and Wishful thinking, or how to avoid buying Coconut Headphones.

I was also wondering how not to fall into Cargo Cults. I’m temped by ‘the shiny’ as much as the next person. I have learnt to try out ‘the shiny’ on my own first, and then only later contaminate others with it, but still, I don’t mind failure but would rather do less of it sometimes.

After doing a short introduction on Wardley Maps, Simon talked about “No one size fits all” - choose specific methods (XP, agile, lean, …) for specific contexts. Agile is becoming process over people. Then we made the case that DevOps will be the new legacy.

Brittanica starts its definition of a Cargo Cult as such:

Cargo cult, any of the religious movements chiefly, but not solely, in Melanesia that exhibit belief in the imminence of a new age of blessing, to be initiated by the arrival of a special “cargo” of goods from supernatural sources—based on the observation by local residents of the delivery of supplies to colonial officials 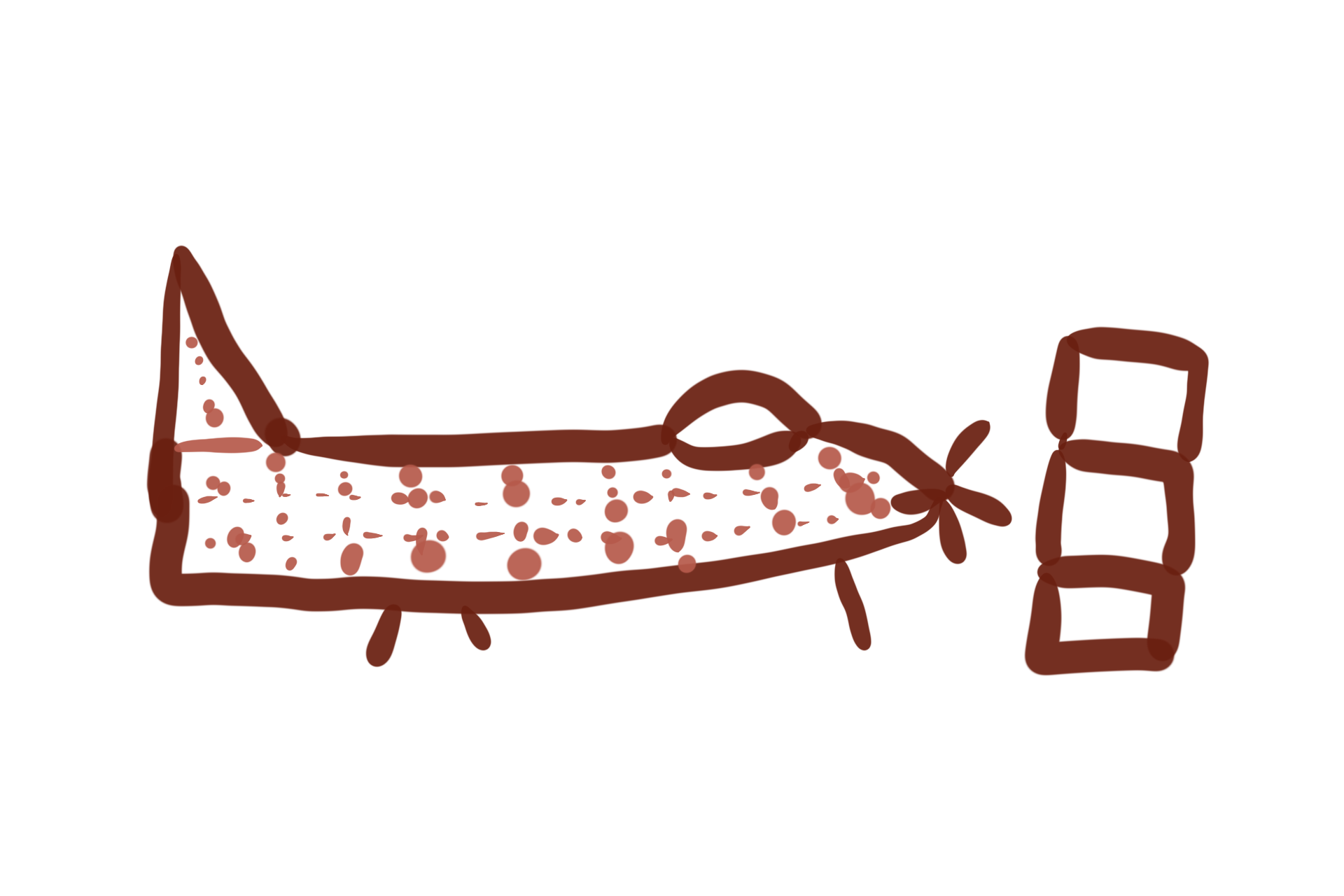 Richard Feynman translated this to science in 1974:

In the South Seas there is a cargo cult of people. During the war they saw airplanes with lots of good materials, and they want the same thing to happen now. So they’ve arranged to make things like runways, to put fires along the sides of the runways, to make a wooden hut for a man to sit in, with two wooden pieces on his head for headphones and bars of bamboo sticking out like antennas—he’s the controller—and they wait for the airplanes to land. They’re doing everything right. The form is perfect. It looks exactly the way it looked before. But it doesn’t work. No airplanes land. So I call these things cargo cult science, because they follow all the apparent precepts and forms of scientific investigation, but they’re missing something essential, because the planes don’t land. — Richard Feynman

Societies with Cargo Cults are run by a Big Men, who perform impressive ceremonies to underline their greatness. Jamie gave several examples from Big Men going to a conference and coming back with advice that was only partially actionable. “Test all the things!” (asserts / expectations? what are those?)

Practices are an emergent property of how you work, so blindly copying the practices does not work. You are probably familiar with companies copying the ‘Spotify model’. It’s worth watching Jamie explain the ‘Netflix of the Netherlands’.

When going to a conference, don’t blindly apply what you’ve seen, your context is different. Patterns put context first for a reason. Jamie mentioned the first Software Circus conference, and people adopting Netflix practices like Chaos Monkeys without understanding or user need.

I saw Kelsey Hightower’s brilliant Kubernetes demo, both highly entertaining, technically risque and solid content. I didn’t adopt Kubernetes… After a successful launch, in which I spent far too much time creating a chain of Docker builds, I went cold turkey and forbade myself to use Docker for a year. That is how I ‘missed’ Kubernetes.

How does one get sucked into a Cargo Cult

For all our secular rationalism and technological advances, potential for surrender to the charms of magical thinking remains embedded in the human psyche, awaiting only the advertiser to awaken it. — Tim Wu, The Attention Merchants

This made me think about the ultimate Ad Men from the 80s - Amazing Discoveries. And lo and behold, there is video evidence of it. This is so over the top, no-one I knew bought anything from it, but one level away there were people who had gotten things from it.

The episode I found on YouTube is about car polish. It is magical, and makes your car shiny! It’s amaazing Mike! Note the comments of people who bought it and found it lacking.

When I’d apply Wardley mapping to polishing a car, not owning one would be an option, so you don’t have to think about it. We delegate it to people who are specialists and do a much better job than we ever could. If you do it yourself, getting the basics right comes first. Then you maybe can do experiments. And basic can be very basic, as in use a soft spunge. We once had a (software) client who polished his brand new car with a metal scrubber. It had to be repainted (he was extremely capable otherwise, everyone has their lapses).

I was about to write about Cargo Cult Marketing before this, and then Jamie said he fell for it when he started Container Solutions and overspent on marketing. I originally went to work for a consultancy, because I wanted my own company, but I knew nothing about marketing and sales.

I now know a bit about sales, and I don’t think I can ever stop learning about marketing. Our current approach is do what we love, and deliberately cargo-cult small parts from companies that we like, keeping an eye on how well (or not) they work in our context. Then we share what we learn with our colleagues - we believe higher tides float all boats.

Choose life, choose a career. Choose XP, SAFE, Rational Rose, Kubernetes, AWS Lambda. I’m trying not to choose, and make conscious trade-offs instead, but there is always temptation and Fear of Missing Out (FOMO).

Or, as Jamie puts it further down in his Quick Checklist against magical thinking: Am I moving too quickly? Only fools rush in.

Am I insecure, hero worshipping something?

There are several antidotes, this one resonated most with me: trusted advisers. Talk to people who don’t have an upside. Speak to people who you trust. We learnt the reverse from Solution Selling - good clients listen to their peers, not to vendors.

We are all prone to wishful thinking, advertisers, soothsayers and translators. Move in small steps.

On to Simon Wardley

Simon Wardley had another talk prepared, but switched to something else based on what Jamie presented - “carefully crafted presentation straight out of the window.”

Edit November 2020 I left out the quick notes I jotted initially, as I wanted to separate them out into a separate piece. They appear to fit best here anyway, so adding them now.

A utility: change something from exiting to boring.

Inertia when ‘traditional’ needs to go to ‘Next generation’.

Past stuff not thrown out of the window, but co-opted, as devops and now cloud native do with agile.

Emerging architectural value of serverless is expected by the map, but isn’t there yet.

Serverless and cloud don’t save money, they allow you to do more, because you are in competition. If you don’t move, you are going to have to spend more and more just to keep up.. 10-15 year transitions. Evolution is made of thousands of diffusion curves. In 2024 to 2029 serverless is becoming the new norm. “Digital transformation is saying you’ve discovered the internet.”

Climatic pattern: there is no choice on evolution. No custom-built everything, we depend on lots of components, otherwise it would not be possible.

Should we move to serverless now?

Existential threat / forcing function. The only pattern we have seen in every cloud native transformation.

No one size fits all

Talking about specific methods for specific contexts caused Simon to be seen as a heretic at some (agile) conferences. Fact check: I haven’t seen Simon burnt at the stake at the few agile conferences we both were - curious which ones these were.

Doctrine: Use Appropriate Methods, Think Small (which links to Jamie’s small steps and Extreme Programming’s baby steps), Challenge Assumptions (may have to drink poison if you do this too much), Focus on User Needs.

When a method is applied in the wrong context and it does not give the expected outcome, the default reaction tends to be “you are using the wrong parts of the process”. This leads to process over people.

Simon also talked about DevOps being the New Legacy.

In the run-up to this, Steve Freeman shared a few great resources. I’m still mulling over Communities of Need versus Communities of Practice. Chris Matts’ talk is based around Geoffry Moore’s Chrossing the Chasm. Food for follow up posts.

Jamie prepared the presentation with a blog post about Cargo Cults and Coconut Headphones. Inspiration for Jamie’s talk came from a keynote titled “Cargo Cults and Angry Monkeys” at the SPA Conference in 2006 by Dave Thomas that we both attended.

Ad Men made us think about the work of writer Willem Elsschot, who was an Ad Men himself. In particular the novels “Lijmen” (Glueing) and “Het Been” (The Leg), which revolves around a kind of advertising scam set in the 1930s that is still around today. There doesn’t seem to be an english translation, but Wikipedia has a reasonable enlish summary of the movie.

We are fiercely vendor neutral, have experienced a wide array of technologies, and don't mind getting stuck in when needed.

Have a chat with us, the first conversation is always free.
Previous Entry Next Entry